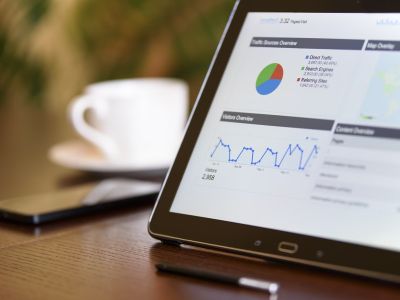 UnityPoint Health-Cedar Rapids (Iowa) reverted to paper records after a derecho storm with winds over 100 mph downed its network Aug. 10 at 12:30 p.m. CST.

Generators kicked on, and team members at the 532-bed hospital shifted immediately to its downtime policy because not only had the hospital lost its power, it lost all communication. There was no internet, cellphone service, pagers, and at times, landline telephones were unreliable.

“We were essentially cut off for a time, and we had to use walkie talkies, overhead paging and runners to communicate messages and get information to our team members,” said Mary Springsteen, BSN, RN UnityPoint Health–Cedar Rapids clinical informatics program manager. “We train for this, have hospital policies around it, and they were put into action during this event.”

Every unit at the hospital has a downtime binder with forms for paper charting. The physicians and nurses initiated the downtime procedures right after the storm, and the St. Luke’s informatics team began rounding on the hospital units to guide team members on charting and answering questions. Many of the team members had not used paper charts, and it was a new experience for them.

“Our team did their best to keep up with everything, but what was most important throughout this entire crisis was taking care of the patients. That was top of mind always, and our No. 1 priority,” said Ms. Springsteen.

West Des Moines-based UnityPoint Health’s IT team supported the hospital during the crisis.

“We had system colleagues who were able to access information we needed on the system like census and medication reports,” Ms. Springsteen said. “They were able to fax us this information to nearby UnityPoint Health–Cedar Rapids facilities, which still had power.”

During that time, the hospital has seen a significant increase in ER patients with storm-related injuries, according to The Gazette.

The storm caused damage to the city’s power grid, and the hospital relied on its generator. During that time, the hospital postponed some elective surgeries and other services.

While the storm knocked out electricity across the city, the hospital was able to continue operations with its own generators. Much of the city lost electricity for several days after the storm, and patients on oxygen relied on the hospital to recharge their equipment, according to the KCRG report. The clinicians and support staff at the hospitals kept focused on patient care even after the storm damaged personal property.

“Most of our team members have been personally impacted by this storm,” said Ms. Springsteen. “Their homes sustained severe damage in the storm. Nearly all of Cedar Rapids and the surrounding metro area is still without power four days after the storm hit, but they kept working. They provided exceptional patient care during some challenging circumstances.”

Ms. Springsteen said the hospital’s power was restored on Aug. 11, around 10 p.m., and its network was restored Aug. 12. The hospital used paper charting for 51 hours.