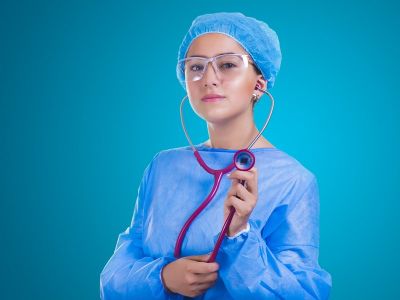 Female physicians across the globe began making social media posts featuring themselves in bikinis July 23, signaling disapproval of a recent study that deemed bikini photos too “unprofessional” for the field, according to Scientific American.

The photos, usually accompanied by the hashtag #MedBikini, come in response to a now-retracted study published in the Journal of Vascular Surgery. Researchers at the Boston Medical Center and Boston University School of Medicine conducted the study by surveilling the social media activity of vascular surgery trainees and classifying if it was professional or not.

The study elicited outcry, as critics say the researchers’ definition of “professional” and “unprofessional” were subjective. The research team, which consisted of nearly all men, categorized “controversial political or religious comments,” “controversial social topics” and “inappropriate attire” as unprofessional. The last category included “pictures in underwear, provocative Halloween costumes, and provocative posing in bikinis/swimwear.”

People voicing opposition to the study highlighted that researchers should not have the authority to make evaluations about women’s attire choices during their free time. They also argue that stigmatizing social media posts about political issues detracts from the physicians’ roles as advocates for their communities.

The widespread dissent elicited by the study has shed light on a larger conversation about how privileged people often use the idea of professionalism to unfairly criticize women, people of color and other marginalized groups.